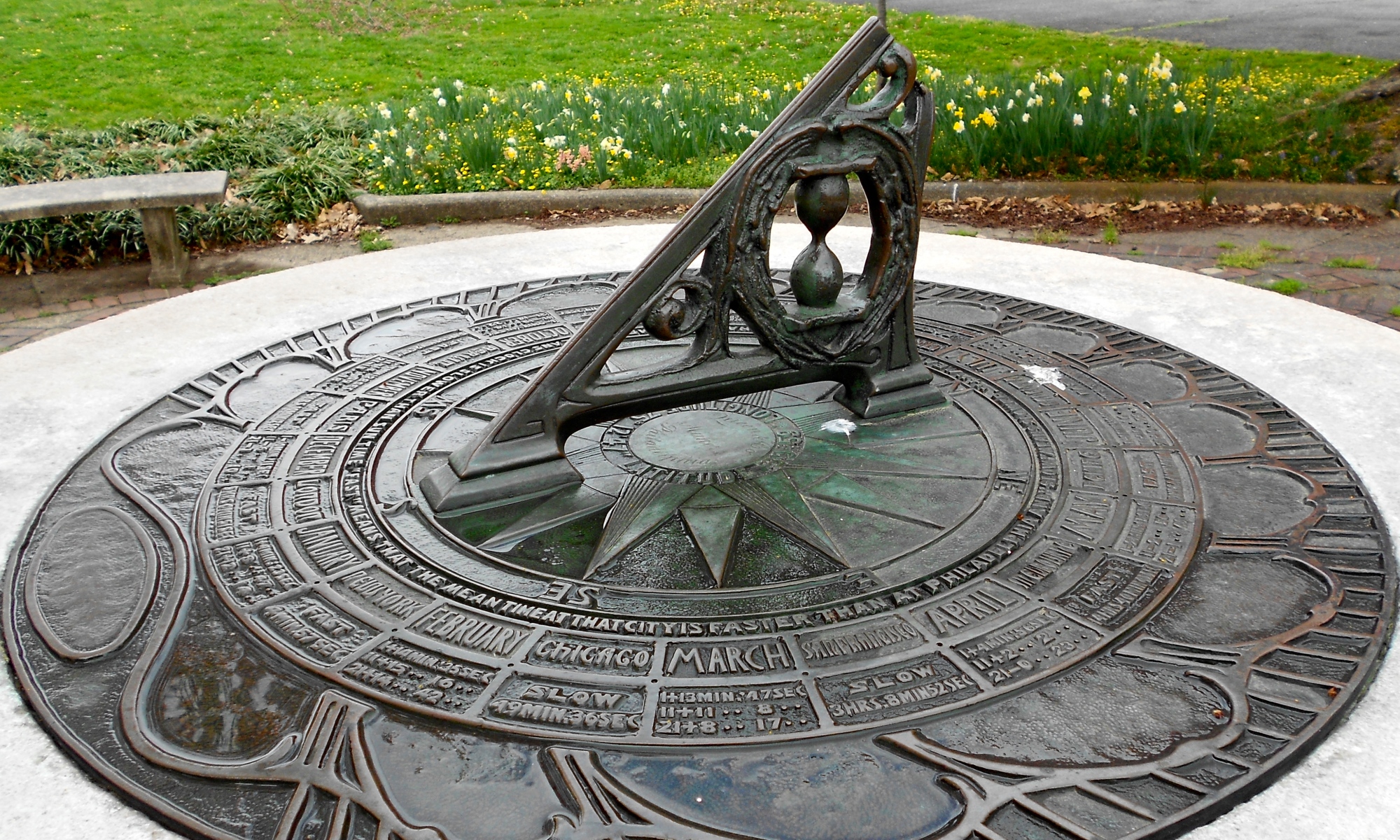 Spring means a lot of things for a lot of people: flowers, exams, parks, rain. For me, it means the NHL playoffs.

Here’s the problem: since moving to Britain, if I want to watch a hockey game, I either have to stay up past midnight or settle for highlight reels. Neither of those options is great, so I don’t watch much hockey anymore.

But why do games start at midnight? Because the puck usually drops at 7pm back home and there’s a 5-hour time difference between Ottawa and London. Easy, right?

We all accept that as totally normal, but it’s pretty weird. For some reason, we’ve all agreed that when you go over certain lines on the globe, not only might you be in a new place with new rules, but your time will be different too. There are even flights that land before they depart. We’re all time travellers when we move east or west.

So what is a time zone? Who invented them? Why are they set up the way they are?

The answers to these questions, like so much that is great in this world, involve two of my favourite things: Canada and astronomy, so strap in for some science.

The year is 1876 and Canadian engineer Sanford Fleming is visiting a friend in Ireland. Having just arrived in Derry, he carefully plans a detour to Sligo that should take two days. The trip to Sligo is uneventful, but on the return trip there is a… misunderstanding. As Mr Fleming writes,

“…The discovery was soon made that no train would leave that evening. The station master was appealed to for an explanation, and, comparing the “Official Irish Travelling Guide,” as it was termed, with the time table hung up in the railway office, it was found that the “Official Guide” should have read 5.35 a.m., instead of 5.35 p.m. Thus, owing to the system of dividing the day into two sets of hours, a most trifling typographical error made a morning train appear to be an afternoon train, twelve hours later than intended.”

I know that doesn’t sound like a big deal, but that typo might have changed the world.

When Mr. Fleming returned to Canada he wrote an amazing paper called Terrestrial Time where he proposed a new system of chronometry that not only uses letters instead of numbers, but is also standard. For everyone, everywhere. This is the first (publicly noticed) proposal of global standard time.

The reasons Fleming thought we needed standard time are twofold:

What even is local noon and why does it change depending on where you are?

First let’s start with the basics: day and night. Those are pretty easy to separate. When the sun is above the horizon, it’s day. When it’s below the horizon, it’s night. People have been using that separation for aeons.

It’d be perfectly sensible to then divide the light and dark periods into smaller, more convenient sections like hours and minutes, call the time when the sun is as high as it will get “noon”, and bingo, you’ve got yourself a way to tell time.

Except that yesterday’s “noon” will not be when the sun is highest today.

Time is surprisingly hard to measure because the Earth is in a deceptively complicated relationship with the Sun.

The Earth’s rotation around its axis is what gives us day and night, but that axis is tiled with respect to the plane of the Earth’s orbit. That tilt leads to seasons, but also results in a changing length of day depending on time of year and latitude.

Add to that the confounding effect of an orbit that isn’t perfectly circular and you get the Equation of Time: a wavy graph that shows, for any given day, how different apparent solar noon (when the sun is highest in the sky) is from mean solar noon (the average time that the sun is highest in the sky over the course of a year, or what you get if you evenly divide a day into 24 hours and call number 12 “noon”).

So once you’ve corrected for all of that and you’ve found a way to accurately tell time in your village, as soon as you move East or West, you’ve essentially either chased or run away from the Sun. Moving East makes the sun rise sooner and moving West delays it.

And now you’ll be out of phase with the time your village, so you should probably change your clock to reflect that.

All that is fine if you’re not planning on moving again, but as good old’ Sanford points out:

“Let us first take the case of a traveller in North America. He lands, let us say, at Halifax, in Nova Scotia, and starts on a railway journey through the eastern portions of Canada. His route is over the Intercolonial and Grand Trunk Lines. He stops at St. John, Quebec, Montreal, Ottawa and Toronto. At the beginning of the journey he sets his watch by Halifax time. As he reaches each place in succession, he finds a considerable variation in the clocks by which the trains are run, and he discovers that at no two places is the same time used. Between Halifax and Toronto he finds the railways employing no less than five different standards of time. If the traveller remained at any one of the cities referred to he would be obliged to alter his watch in order to avoid much inconvenience, and, perhaps, not a few disappointments and annoyances to himself and others. If, however, he should not alter his watch, he would discover, on reaching Toronto, that it was an hour and five minutes faster than the clocks and watches in that city.”

While railways had started to standardize time in the 1840s (starting with Great Western Railway in the UK) and the Royal Observatory in Greenwich started to send out standard time signals, there was still no international standard, most villages had “railway” and “local” times, and different railway companies would use different times. The middle of the the 19th century was a confusing time to be a rail passenger.

It wasn’t a huge deal in the UK though, because it’s quite a thin country longitudinally speaking. The standardization movement only really started kicking off in the 1870s and 1880s when railways started crossing Canada, the USA and Russia. As Fleming puts it,

“No one, therefore, whose experience has been confined to the United Kingdom, can form an adequate idea of the extent of the inconvenience arising from the causes alluded to in regions of the world where geographical circumstances render the use of a multiplicity of standards necessary.”

So all the time nerds got together in 1884 to talk about meridians and standard time. By 1884, they agreed:

That seemed to be all the push the world needed, because by the turn of the century, most countries were using the Greenwich prime meridian as a standard, with offsets from that based on time at various observatories.

By the end of the first world war, the whole world had pretty much adopted standard time zones based on offsets from Greenwich Mean Time.

There were two significant holdouts though: the French insisted on using Paris as their prime meridian until 1911 and the USA only officially adopted standard time in 1918.

So the long answer to why Ottawa is 5 hours behind London is because Sanford Fleming was annoyed by a typo on his trip to Ireland, wrote a pamphlet, and convinced his fellow time nerds that every railway having its own time system was dumb. This precipitated a gradual shift towards 24* standard time zones across the world, each containing approximately 15** degrees of longitude and denoting a number of hours difference from Greenwich Mean Time.

**There are some notable exceptions to the average 15 degree thing, including China, which insists on having one single time zone despite its territory spanning over 60 degrees of longitude (enough for at least 4 time zones).

***It didn’t really make sense to go into the whole Daylight Saving Time story/debate (and that’s been done before), but there are some weird quirks out there that I find funny: